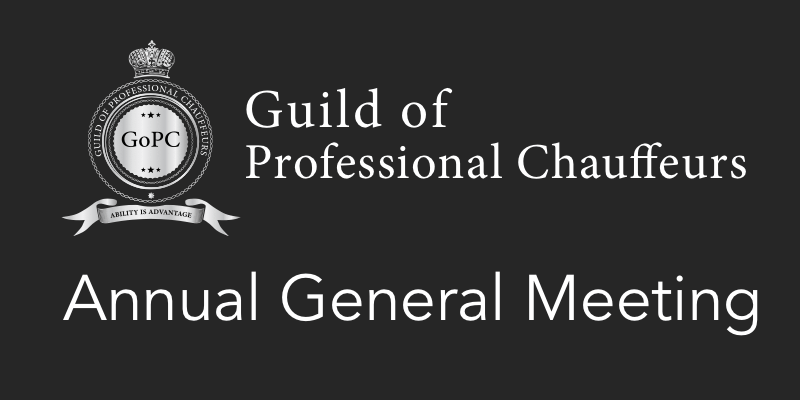 Steve Sommerfeld outlined the general position the Guild currently finds itself in, together with the main topics requiring discussion.

There was a discussion around the very necessary appointment of someone with specialist expertise to take up the appointment of Treasurer, due to the frequency of membership payments being made and expenditure being properly controlled. Nadine Young, someone with considerable experience in handling business accounts and financials was proposed as the new Treasurer. Nadine was proposed as Treasurer but as she had expressed a preference not to take up a seat on the executive committee itself, it was decided that the committee would first seek the advice of Guild Secretary Gary Jacobs for clarification on this position. Nadine has since being unanimously voted in as Treasurer and does not need to sit on the executive committee to hold the position. She will report to Gary Jacobs on financial matters.

Jez Moore, an existing Guild member and assessor was proposed as a member of the Executive committee and unanimously voted on. Jez will assist the Standards sub committee.

Due to personal reasons, Simon Rudd decided to stand down from the committee for the time being.

Steve Sommerfeld reviewed the event and all agreed it had be a very successful day with positive feedback from the industry partners who attended with stands and those Chauffeurs who visited. It was agreed that, time permitting, we should try to repeat the event annually. Steve presented a brief financial report in relation to the event which showed an overall cost to the Guild, after sponsorship, of approximately £600. Steve emphasised that the event was not aimed at making a profit but to raise awareness of our existence and build relationships with industry. As a result of the event, the Guild does now possess its own event display equipment for ongoing use.

We’ve had fewer membership applications up to now than we’d perhaps hoped for but general agreement was that it wouldn’t be helpful or advantageous to get too big too quick, especially if standards could drop as a result. The point was made that we didn’t really have any expectations on numbers and it was impossible to predict anyway. Having said the above, all agreed that the Guild needed a constant influx of applications to be financially sustainable but that high standards must be maintained for the Guild to be seen as a credible body.

Much had been learnt in the months since the Guild was launched, one main issue being the availability of working Chauffeurs to actually commit to the assessment process and thought needed to go into how we could ease that situation for them. Equally as difficult was the availability of assessors because we currently have so few and it was decided that we would approach two existing members who had shown interest in becoming assessors and had the relevant attributes and experience.

These two members have since been approached and will shortly receive training as assessors.

It’s become apparent that we have to try to be as accommodating to busy chauffeurs as possible so we’ll introduce and promote a ‘we’ll come to you’ assessment as well as prearranged days at the existing centres. It was suggested by Steve Lynch that there was no particular reason why such assessments couldn’t even be one on one if logistics made sense and all agreed with that. This will be mentioned in the reworded website.

Alan W, as chairman of the standards sub committee, outlined his view of how the assessment process had gone so far and all present agreed that it had generally worked well. There had needed to be some ‘tweaking’ of the Highway Code examination in order to remove any ambiguity in regards to a couple of questions but this had since been done and further examination papers had been produced.

Alan also discussed his vision for the Guild’s assessment process gaining accreditation in its own right and this is something everyone agreed would be a significant step forward. It was pointed out that Mark Kendrick had had this step in mind when he helped design the process so Alan would have discussions with the relevant bodies to push this forward.

This is ongoing. Also since the AGM, the introduction of a written route planning exercise has been agreed upon in order to ensure this aspect can still be adequately covered, even by those candidates who are being assessed in a location familiar to them.

We discussed in detail the ongoing issue of poor communications and disorganised admin procedures between committee members and more generally. The initial set up and organisation of the sub-committees has fallen apart over the subsequent months due to the loss of some members and time constraints placed on others. Several committee members admitted to finding it more difficult to fit in Guild duties than they’d anticipated. This has resulted in too much responsibility been left to chairman and vice chairman and there needs to be a restructuring with committee members adhering to their agreed tasks. In addition, there was confusion about who was responsible for what, including answering enquiries from ‘outside’ parties.

It was agreed that Amanda Moore would take on the role as general admin co-ordinator, who will initially and promptly respond to email communications and forward correspondence to the relevant committee members to action. Amanda’s appointment was proposed, seconded and unanimously agreed by the committee members present. To ease the situation further and for continuity, Amanda would take on the role of the membership sub committee Chair. This was unanimously accepted.

To ensure the new admin set up runs efficiently, Shaun R suggested the introduction of Trello immediately to make sure tasks are covered off properly and promptly to avoid the Guild getting a poor reputation for its admin failings. All agreed.

As part of the above, a check list of necessary tasks in regards to membership would be created and this would help ensure effective communication with potential applicants, those who book assessments and successful candidates. This would include the efficient distribution of joining instructions, etc, before assessments and the distribution of certificates and logos, etc, after successful completion of assessments. Amanda will take this task on with the assistance of Steve Lynch.

Steve L and Gary D pointed out their concerns in regards to insisting on first aid certification before assessments could be undertaken. They felt this was a stumbling block for a significant number of potential candidates and it might well be worth looking at giving candidates the opportunity of gaining FA qualification afterwards, within perhaps a three month deadline and the issuing of certification, etc, would be deferred until that point. It was argued that this would potentially cause additional admin issues and no final decision was made on the day. This subject requires further discussion at the earliest opportunity as it’s an extremely valid point.

This proposal has subsequently been agreed upon and implemented.

Andy D took on the task of reviewing the current website and although several additions had been made since its inception, the general content had remained the same and some of it was no longer relevant. The following suggestions were made-

• The current site fails to be as user friendly as it should be to be effective so pages would be reorganised into chronological order from a brief and informal introduction through to ‘what to do next’. Most sections are far too ‘wordy’ at the moment so most sections have been cut down or rearranged accordingly.

• The current site concentrates too much on justifying our existence, something that was necessary at the very beginning but a much more positive message should now be relayed. Many small but necessary changes to the text have been made so information is in the ‘present’ text and we push the significant positives associated with joining the Guild.

Where partnerships have no come to fruition, companies will be removed from the sponsors and supporters page. The changes were agreed upon and will be communicated to Alan at Nailto the website designers ASAP.

The restructuring of the site is now completed and will include changes to the assessment process suggested and agreed since the AGM.

We discussed the advantages so far of the Guild-organised FA course and pointed out that around half of the 12 FA participants had already, (or intended to) sign up for assessments. We all agreed that FA courses should become regular events and once confirmed as a level 3 course, would provide a very inexpensive alternative to TfL’s English test for licence holders. This could potentially be a huge selling point on its own merits and could significantly encourage membership or interest in the Guild at the very least.

At the end of the AGM Paul Gibson was invited in to present his ideas for a Guild promotional video which he would produce. Sponsorship had very kindly been offered by Ethos Finance so we were in a position to move forward with this.

The video has subsequently been produced and will be launched mid December.

The report is currently being compiled by the Guild’s accountant and will be released separately when complete.