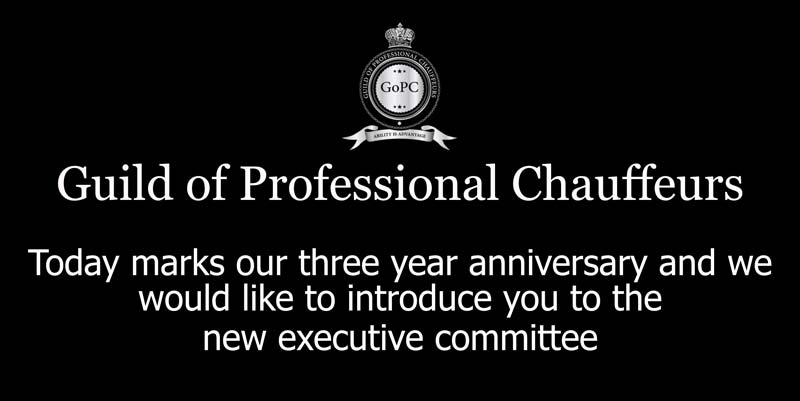 Today is the Guild of Professional Chauffeur’s 3rd birthday. Set against the backdrop of the Coronavirus epidemic, which has severely affected our industry, we celebrate the positives of the only UK non-profit organisation in existence supporting the chauffeur industry’s reputation.

On a warm and sunny spring day at a crowded conference room within Parkers European HQ in Bicester, the 18th May 2017 saw the first GoPC Committee being formed. Our Committee and Company Secretary, Mr Gary Jacobs, formerly announced the news that with the listing of GoPC at Companies House in combination with our newly voted in committee of twelve (slightly nervous but very keen & excited) volunteers, the room echoed to the words “Gentlemen, congratulations – you now have a Guild!”  to which followed a heartfelt, energised and surprisingly loud round of applause.

Three years on, that same rapturous round of applause goes out to those unpaid volunteers, sponsors and members who defied all the odds, and made chauffeur-industry history; by not only keeping a non-profit organisation running but by making it improve, grow and become more successful year-on-year.

Nothing like this has ever been achieved before in the history of the UK chauffeur industry, and the Guild of Professional Chauffeurs feels justifiably proud.

A huge debt of gratitude is due to all those committee individuals who sacrificed huge chunks of their personal time ‘for the cause’ and to make the GoPC a success story. A genuine non-profit-organisation, with integrity, set up to support and promote the best of the chauffeuring industry.

So, today finds us with a different committee line up, with some old faces remaining, and some new ones joining the team.

We say a fond farewell to both Andy Dubberley and Amanda Moore, who both recently stepped down from the GoPC committee but remain on as an Ambassador & Membership Day Assessor, and Amanda as Membership Day Admin. The level of energy, input, and devotion to the Guild from both – but in particular Andy as a co-founder – was simply incredible and has helped bring the Guild to where it is today. Heartfelt thanks to both from not only the committee but the members too.

Our current committee line-up sees a wealth of knowledge and experience and is a cross-section of the best of the chauffeuring industry across a wide spectrum of skill sets. The current team is energised, inspired and devoted to taking the GoPC to the next level. The best is about to get even better!

In alphabetical order, and without further ado, please meet the Executive Committee of the Guild of Professional Chauffeurs. 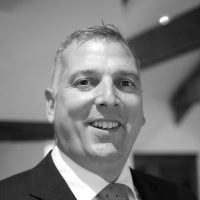 Dave was one of the very first members to pass the assessment process and has been a stalwart supporter of the GoPC from the start. Dave works for the emergency services and has advanced driving qualifications. Dave works in the sub-contracting space for several quality operators in the South West, and has done so for a number of years. Dave is one of the Guilds team of Membership Day Assessors. 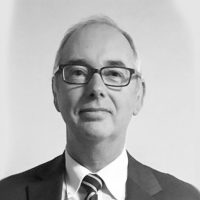 Gary is not only the current serving Vice-Chair but also chairs the Guild’s QA&I Team (Quality Assurance and Improvements Team) sub-committee and brings to the Guild his incredible track record and career as a DVSA Driving Examiner and Staff Instructor, having conducted over 18,000 driving tests. Gary was also part of a panel who devised theory tests questions for the DVSA. Gary holds the prestigious GoPC membership number of 0001! 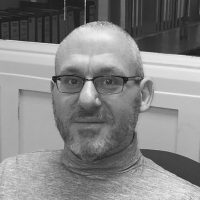 Gary is the Guild’s Secretary, and as a CPA certified accountant specialising in the Chauffeur and PH industry supports the GoPC with both advice & counsel, and complimentary accountancy services via his outstanding company Eazitax.   www.eazitax.co.uk 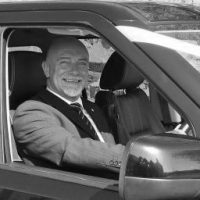 Jez chairs the Guild’s SM&C (Social Media and Communications) sub-committee. Jez was also one of the very first members into the Guild’s ranks, and operates a security chauffeur service. Jez is ex-police and has 25 years’ experience as a police advanced driver. Jez spent many years on the armed response team where he specialised in Close Protection. He currently holds an SIA licence for close protection as well as RoSPA Gold and IAM qualifications amongst many others. 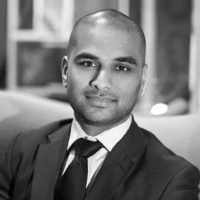 Shaun is a non-exec member of the Guild’s committee and joins Jez in the SM&C sub-committee. Shaun brings a wealth of knowledge to the GoPC and his knowledge of cutting-edge sales, marketing and social media skills will take the Guild to the next level. 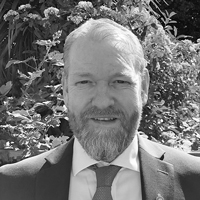 Steve chairs the Guild’s ML (Membership Liaison) subcommittee and will introduce and maintain a fresh new standard of keeping our members included and supported.

Steve’s long-standing chauffeur company offers service of a high level, and his high-end loyal client base is testimony to the standard and reputation achieved. 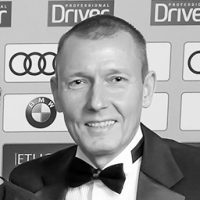 Steve is the current serving Chairman and co-founder of the GoPC. Steve’s experience in the industry spans 27 years and he spent most of this in high-end operations management. Steve has civilian security qualifications and specialises in security chauffeur work.

Follow this news page for regular in-depth bios on the people that make up the GoPC team!